The desire to improve certain aspects of one’s physical appearance has been there for as long as humans have been in existence. The history of aesthetic medication and surgery runs back to ancient Egypt and even further. 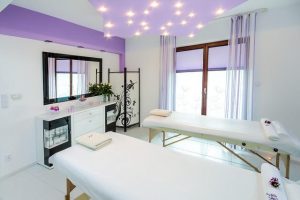 Ancient Egyptians are famous for their beauty as well as superior intelligence. They were not only pioneers in engineering but also some of the earliest members of citizens who have performed nasal reconstruction surgery, non-invasive dermatological therapies to improve skin irregularities and even used makeup.

Other parts of the world

In around 800 BC, the text outlining procedures of cosmetic surgery “Sushruta Samhita” was produced in India. This was the first scholarly textbook that shows a clear understanding of anatomy, detailed descriptions of skin grafts and flaps as well as reconstruction surgery.

The first proper usage of medicine to alter one’s appearance began taking off in the 19th century. The field of aesthetic medicine is at its most basic stage during this time, emerging with various techniques and substances. The most famous example of this is chemical peels.

Understanding irrigation tire options – What you need to know!

How to Enjoy a Wellness Holiday – Finding That All-Important Balance

Chemical Peels – Secret to Having Glowing and...

Anti-ageing night cream – The key to having...

Visit Dubai, The Health and Wellness Destination in...

The importance of facial and skincare – Start...

How to Dress Plus Size Body Types –...

The Importance of Wellness in a Post-Pandemic World...

Say Goodbye to Anxiety – A Guide to...